Belan Lodge has its B&B and self catering accomodation in its Historic Courtyard. Belan Lodge and its Courtyard date back 300 years and have a rich and varied History dating back through the centuries to St Patricks time. St Patrick actually blessed a well on Belan Avenue, which can be visited, a short walk from Belan Lodge. Legend has it St Patrick was eventually chased out of Belan, and every St Patricks Day, there is a re-enactment of the ‘stoning of St Patrick’ outside the local pub, The High Cross Inn. Belan Lodge was part of the famed Belan House estate and was painted by famous artists of the time, was rumored to have been visited by several kings of England, and even Oliver Cromwell. More recently it was home to the Shackleton family who left their mark on the area. The Quaker school in Balitore was established by Abraham Shackleton, Mary Leadbeater, who wrote the Annals of Balitore was a Shacketon, the explorer Ernest Shackleton lived a short walk along the River Greese in Kilkea, while his uncle Ebenezer Shackleton lived in Belan Lodge, and ran the Cornmills in Belan.’

Belan is apparently derived from two Irish words – Bioth, meaning `life or Existence and `Iann `a house; hence `Biothlann denoting a house of refection or hospitality. There are references to Belan as far back as 976 AD. In the 5th century St Patrick founded a church here and blessed a well which still remains. On the site stood a monastry and a castle before Belan house was built by Edward Straford the Earl of Aldborough towards the end of the 17th century probably mainly out of the materials of Belan castle which evidently became uninhabitable after the rebellion of 1641 and the subsequent Jacobite Rising. Edward Stratford was involved as was his father in the troubles of king James reign but was very instrumental in establishing the House of orange, and the succession of the house of Hanover. He furnished William 111’s army with 2000 sheep and 200 oxen, entertained his majesty at Belan, and maintained such of that kings forces as were quartered near him with bread and beer, for which King James adherents threatened reprisals, plundered his Munster Estates of their stock and did other considerable damages. The then commissioners by order of King William, sent letters of acknowledgement for these aids, and a peerage is said to have been offered to Mr Stratford, which however he declined. 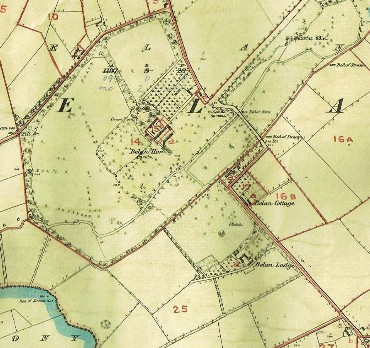 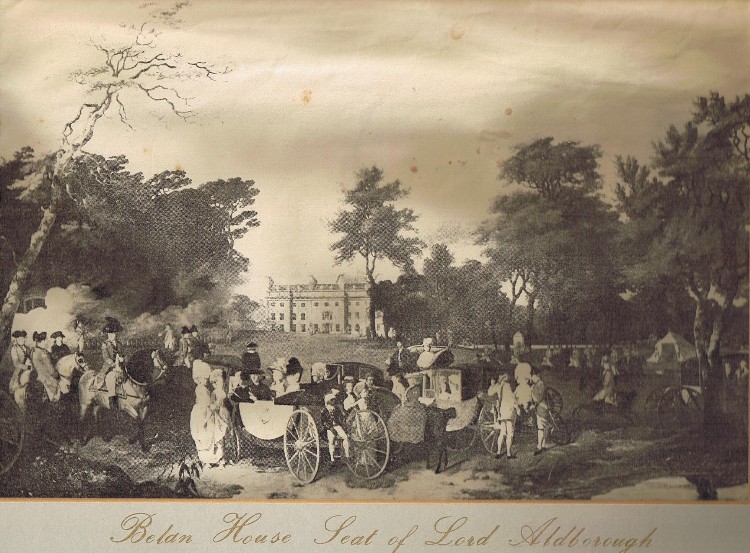 Edward Stratfords death took place in 1740.He was succeeded at Belan by his 3rd son John. John the the 1st Earl enlarged Belan house, his son Edward the 2nd Earl built Aldborough house in 1796 which stands in Portland row Dublin, and Stratford house and place in London. He built the town of Stratford-on-slaney about the year 1783, and called the place after the surname of his family. Other residences of the family were Mount-Neale in Co. Carlow, 2 and half miles from Baltinglass and Stratford lodge close to the town of Baltinglass, both now in ruins.

During the lifetime of the 4th Earl of Aldborough owing to his reckless gambling and extravagant mode of living, the property became heavily mortgaged and from the year 1823 commenced the ruin and decay of the place. During lord Aldboroughs absence abroad, it is said that the family lawyer, a man named Lewis , illegally obtained a long lease of Belan and, together with a friend of his named Mercer, brought about the dismantlement of the house and demesne by gradually auctioning off every stick an stone they could move. The cut-stone work of the parapet and other parts of the house were sold, and used in the erection of public buildings in Athy ; the furniture and chimney pieces were parted with, and the statuary in the grounds suffered a similar fate; the doors and shutters are said to have been used for flooring the stable lofts at Newtown House, near Bolton Castle; and for miles around there is hardly a place which does not possess some fragments of Belans former grandeur. At Bolton Castle in Mr Patrick Farnan`s garden, is a block of composite, bearing the Aldborough crest: "A dexter arm, embowed in armour, holding in the hand a scimitar" surrounding it is a belt bearing the motto: "segnities inimica gloriae" ("Idleness is hostile to renown" According to Burke`s peerage the family motto is:-"virtute nihil obstat et armis that is "Nothing resists valour and arms") and over all is an Earls coronet, the makers name coade, London, 1795 is impressed in the composite. The great iron gates within view of the hall door at Carton House originally hung at the Belan gate lodge. Mr W.T. Kirkpatrick informs me, too, that he possesses at Donacomper several stone vases, which were bought by his grandfather at an auction at Belan in 1835; these he believes formerly stood at intervals on the parapet of the house. The only trace now showing the extent of Belan demesne in former times are three stone obelisks 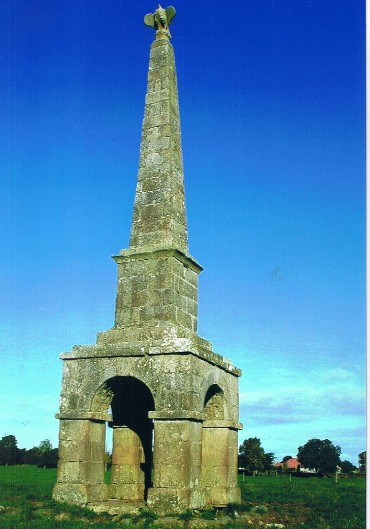 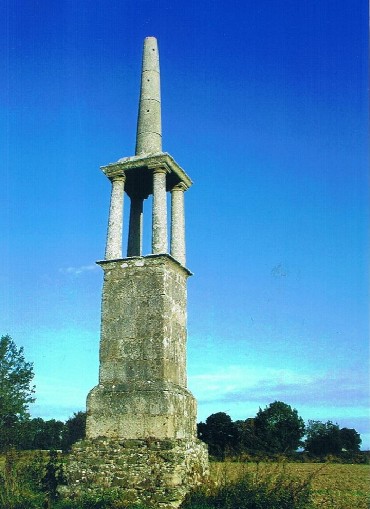 "Temple" (a domed granite roof on pillars), the latter on the side of Bolton hill; they all probably stood in vistas ornamenting a demesne now broken up into fields. 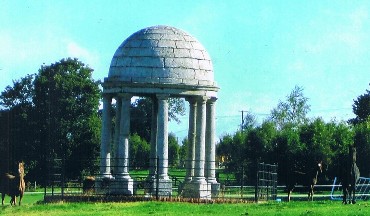 The "shell-house" and the "fishhouse" are in ruins. So is the two arched "chainy" footbridge near them which led over the Greese to the fish pond, 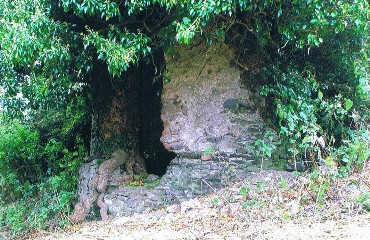 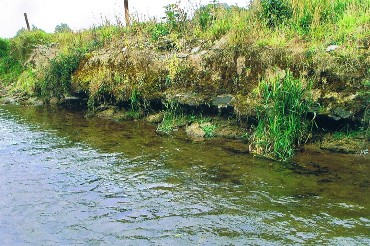 now dry, but which formerly teemed with roach and tench; and finally comparatively little is left of the fine timber which was planted in the days of Belans prosperity. 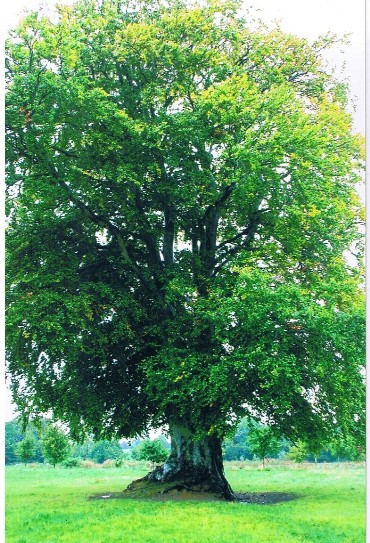 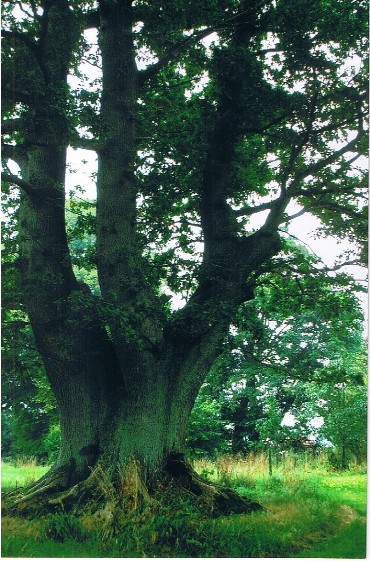 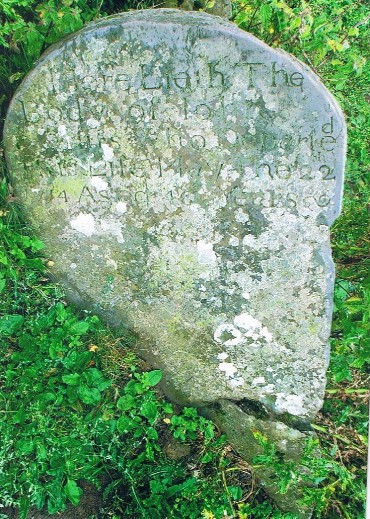 At the back of what was the haggard lays a disused and unenclosed burial ground, hardly recognizable from the surrounding meadow land. Though rough stones mark internments there is only one headstone which bears an inscription. It reads

On the death of Benjamin O Neale Stratford 6th Earl of Aldborough, unmarried in 1875 the title became extinct. 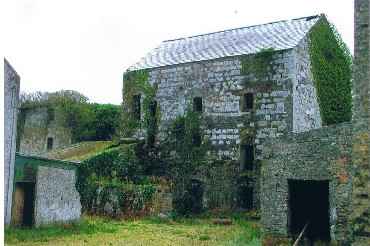 Internationally the name of Shakleton is known through the adventures of the Antartic explorer Ernest Henry (1874-1922) and who was born at KILKEA HOUSE. He lived there until he was 10 years old just walking distance from Belan along the river greese.

-History by kind permission of Kildare Archealogical society. Full history can be assessed on their website.

Below are current pictures of the ruins of Belan estate 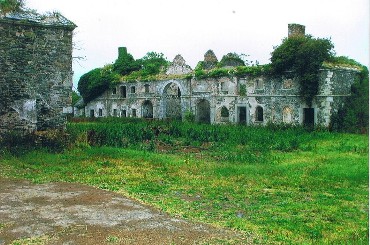 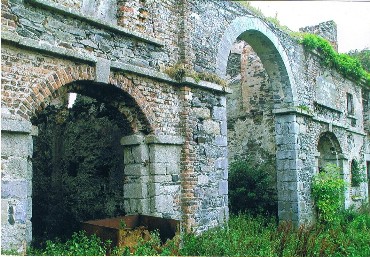